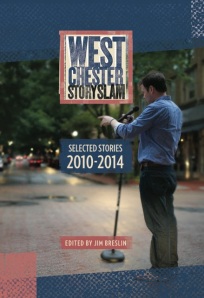 “The live stories are heartbreaking and hilarious. West Chester Story Slam is a great night out for anyone who loves a good story.” – Kelly Simmons, author of The Bird House

Since West Chester Story Slam launched in 2010, over five hundred stories have been told live on stage in front of rowdy audiences at local bars. Stories are told with no notes and no props, just a storyteller standing at a mic, revealing themselves through their personal tales.

These forty stories are sometimes funny, other times poignant. Whether you’ve attended the West Chester Story Slam live, listened to the podcast, or are coming across the stories for the first time, we hope you’ll enjoy this anthology of remarkable personal tales. 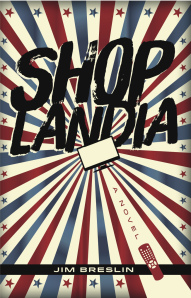 “A raucous novel… He writes with wit and a terrific eye for snappy revealing dialogue. Breslin is not mean-spirited; rather he is insightful in his remembrances of things past. This home shopping experience is powerful.” – Carole Mallory, Huffington Post Books

“Despite a smiley-face ending, this novel is worth its weight in all the gold, silver, and crystal jewelry now on clearance prices until midnight. Give me 10,000 copies. I’d gladly give it a go selling them on QVC myself.” – Holly Love, Philadelphia Inquirer

“Compelling and poetic, Shoplandia’s stories have all the insight and complexity of the best novels. Breslin gives us a thoughtful meditation on consumerism and the American Dream.” – Terry Heyman, Greetings From Insanity

Jake Meecham has been dropped down a rabbit hole. As a new production assistant at Shoplandia, he quickly realizes America’s third largest home shopping channel is much more than smiling show hosts, quantity counters and sparkling jewelry. Everyone visiting the live studio—reality TV stars, beloved country musicians, drunk baseball icons and A-Team actors—is striving to cash in on their own version of the American Dream. Meanwhile, a motivational guru inspires manager Warren to plot out a life-changing career strategy and fledgling show host Renee searches deep to find her “sales gene.” Marketing VP Johnny tracks down a troubled long lost show host while back in the studio, producers Dottie and Dylan struggle to keep the live show from imploding.

A humorous novel told through stories, Shoplandia peels back the curtain to reveal the familial bonds that often form in our working lives. 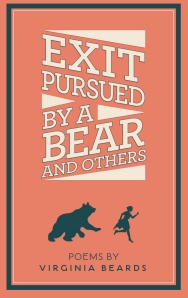 Exit Pursued by a Bear and Others

“Exit Pursued by a Bear is original and delightful, a remarkable debut.”   – Daisy Fried, author of My Brother is Getting Arrested Again

“Everything is grist for Ginny Beards’ clever mill. Full of humor, learning, and dark insight, she wears her erudition lightly, as all the best poets do.”  – Mark Bowden, author of Black Hawk Down

In the poems of Virginia Beards, insomnia is a 3-ring circus, a Dairy Queen mutates into a funeral parlor, an 18th century graffito enlivens a bedpost in a Venetian palazzo, a swim in the Nile both lulls and terrifies. What she sees both directly and via a sideways glance, the inanities of the overheard as well as of the zeitgeist, and the stresses of domestic relationships are some of her themes in Exit Pursued by a Bear. Whatever the focus, she is committed to the pleasures of language and to multum in parvo, much in a small space.
__________________________________________________________ 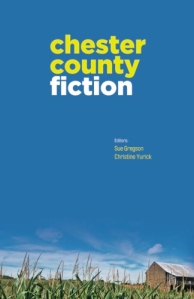 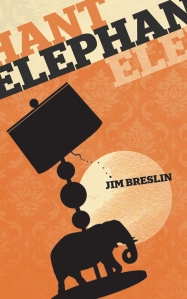 In this debut collection of stories, Jim Breslin explores the soul of suburbia; the disenfranchised and the desperate. The characters in these twenty-one stories struggle to mend relationships and find redemption. A man is tempted by memories when his drunk ex-wife pays a surprise visit. A couple wrestles with their fruitless attempts to have children. An eccentric homeowner issues a series of comical concerns to his lawn care company. A husband tests the reciprocity of his wife’s love only to find himself in the throes of a dangerous free fall. Sometimes funny, often sad, the unsettling stories in Elephant portray the suburban landscape of loneliness and hope. Jim Breslin’s writing has appeared in the Molotov Cocktail, Turk’s Head Review, Metazen, Think Journal, The World According to Twitter, Main Line Today, The Daily Local and numerous websites.